Here's the news from the LS tractor. 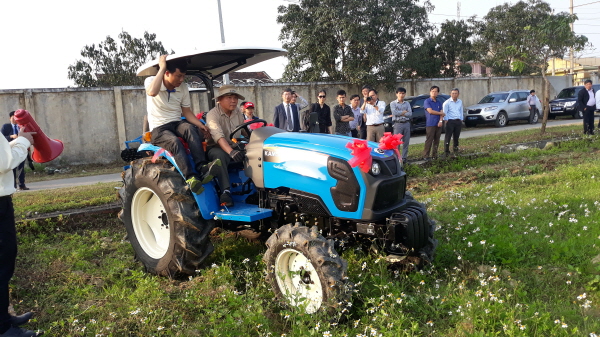 LS Mtron has partnered with Vietnam’s top automaker Thaco for production of the tractor with a 40 to 50 horsepower engine. It supplies unfinished tractors to Vietnam, and then Thaco assembles the vehicles at its manufacturing lines in Chu Lai, Quang Nam Province. The development had been sponsored by the Korean government.

The Korean company plans to use the Chu Lai factory as its strategic production base for the Southeast Asian business with an aim to dominate a 38 percent market share in Vietnam by 2026.

The new tractor will be dubbed KAM50 under Thaco’s brand in Vietnam and LS Mtron’s brand in other Southeast Asian countries.

LS Mtron is a machinery making unit under Korea’s conglomerate LS Group. Since its launch in 2008, revenue more than tripled to 580 billion won ($544 million) last year from 160 billion won, and overseas sales rose by almost 10 times to 400 billion won.