Here's the news from the LS tractor.

We are proud to announce - 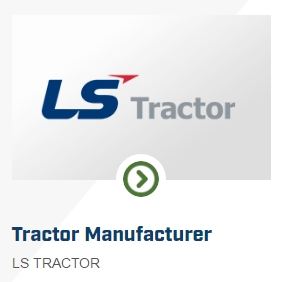 South Korea’s LS Mtron Ltd., although a latecomer, is making an impressive footprint in major agriculture machinery markets, having won the Dealer’s Choice Award of the U.S. Equipment Dealers Association (EDA) in the tractor category. LG Mtron, machinery arm of LS Group, topped the product quality and marketing support satisfaction survey on 55 makers conducted by 9,180 dealers across North America in February this year. It was the second time in a row for the company to win the award by EDA, which boasts the world’s longest history and the highest authority. It beat traditional powerhouses Deere & Company and Kubota. “The company’s market share is still marginal in North American market, but it is encouraging for being highly recognized by dealers for our products and technology,” said an unnamed LS Mtron official. In May, the company also won a milestone deal to supply electric vehicle parts to U.S.-based leading electric vehicle maker Tesla Motors Inc. LS Mtron started to make full-fledged efforts to advance into the global industrial equipment market with a focus on the Americas and Asia in 2008. Its sales to overseas market reached $100 million in 2011 after establishing a production base in China and surged more than 30 percent in 2012 over year. The company also embarked on mass production at its tractor plant in Brazil with annual production capacity of 5,000 units in October 2013, and its cumulative overseas sales finally topped the $200 million milestone in 2014. The agricultural equipment supplier has been concentrating its sales in developing markets with rapidly growing demand for tractors, and such business strategy helped to boost the tractor supplier’s overseas sales to 385 billion won ($339 million) in 2015 from 43 billion won in 2008. Over the same period, the company’s sales to overseas markets also expanded to 74 percent of its total sales from 27 percent. Market observers note that LS Mtron is fast expanding through the production of tractors tailored to different markets. The Korean agricultural machinery currently operates a research center dedicated to developing tractors by overseas markets at its Jeonju plant, southern Korea.